THE COVID-19 VIRUS ARRIVED IN BARCELONA AND CHANGED PEOPLE DAILY LIFE AS NEVER BEFORE.

Desolate streets, empty spaces and human absence. The most normal and basic things in our lives cease to be so and the exceptional becomes everyday. The unthinkable is happening and life becomes unpredictable. As if it were the story of the famous Argentinian comic «El Eternauta», an invisible and deadly enemy appears through the air like toxic snow and contact with him can end up being fatal. The virus does not delay, it spreads around the world and does not understand borders. Almost suddenly, the great cities of the planet were paralyzed, the movement disappeared and life became indoors.

Faced with the unknown invasion, the States forced their citizens to confine themselves to their homes. In Barcelona, ​​a city that receives 12 million tourists a year, there were months of surreal anguish. From mass tourism and completely busy streets, it became a ghost scene, without noise, without bustle, without cars. The silence was absolute, and the uncertainty about what was happening as well. The best thing to do was to be a spectator outside through the window. Collective strength was built while at home. There was no other option but to follow the news through radio, television or cell phone. The silence was only broken by the sirens of ambulances and police cars.

Walking alone and photographing was a strange, uncomfortable and at times apocalyptic experience. Going out to take photos was like going on an expedition to discover the new reality. The desolation was total. One found oneself in an infinite urban space. Bars, restaurants, and shops had been dehumanized. It was only allowed to go to food stores to look for supplies to survive. Wearing masks and gloves, we still prepare today to go out with the invisible enemy. 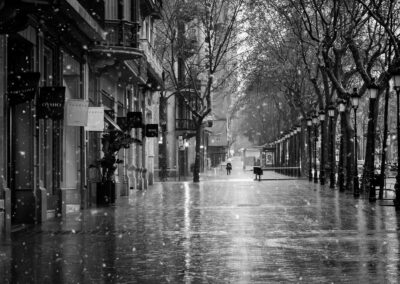 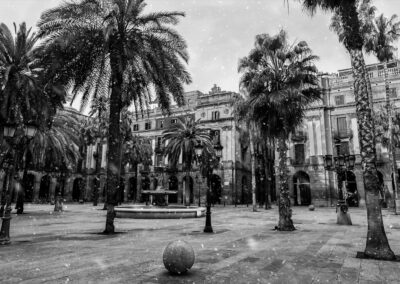 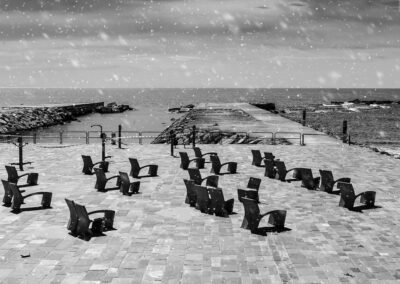 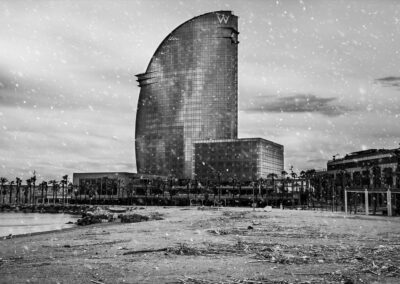 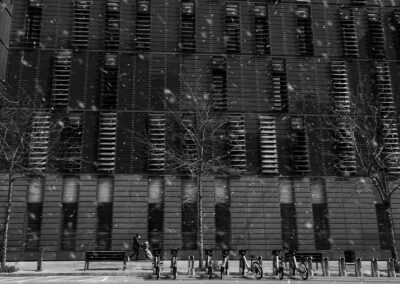 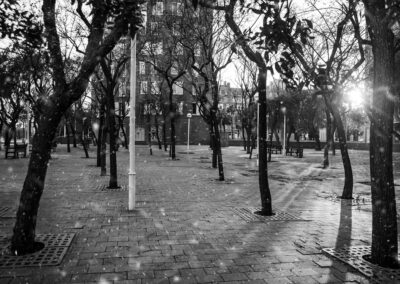 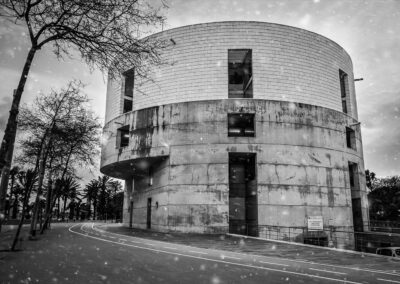 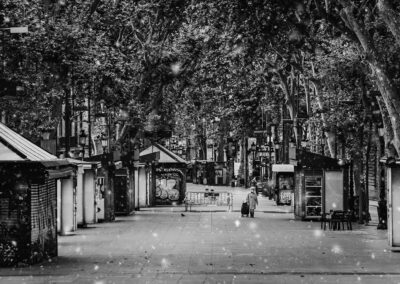 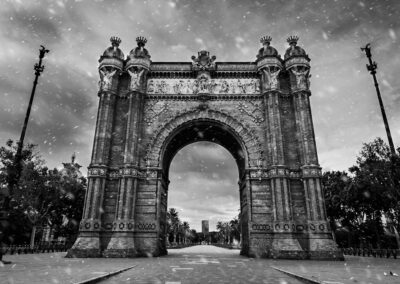 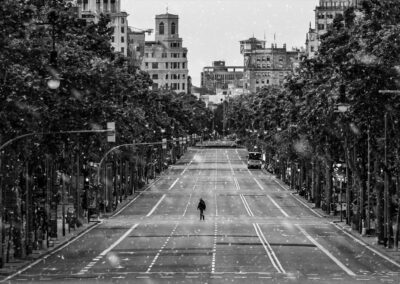